The goal is to pick up crows and smarty crows and bring them back to the station at the middle of the map.  As you pick up birds, your Oriole Express will get slower and slower. Unfortunately, the pigeons charge at you when you get close and jump into the OE and slow it down even more.

The levels are timed and the time limit is probably too long. There's also a pretty annoying bug that fills your OE with birds when you idle on the station. Whoops!

The best way to experience the game in its current form is to drive around to pick up some birds and take them back to the station. Then when you feel you've done enough of that, you can press the + sign on the NumPad to advance to the next level to at least get to see all of the artwork and enjoy the story. (Be sure to try the upgraded OE on Day 4 and 5!)

We learned a lot during this jam and hopefully we can make an update in the future to address the issues above.

Thank you so much for all the great feedback!

Murder: "Collective noun for a group of crows"

+ on NumPad: Go to next day

- on NumPad: Go to previous day

Corvid or Covid? Did this hapless block of birds predict Covid-19?

Well done. Cool art, interesting story ;). It would be nice to see some greater diffrences between the stages/levels, but quite cool already. The only thing I really miss is a music of some kind. The sounds seem a bit odd alone, espacially after some time. But nice!

Oh and what about that title? Doesn't seem to have to do much with the story, or did I miss anything? But how could you say no to a pun.

Thanks! I agree, variety would be a good idea. Music was in the plan, but we weren't able to get to it during the jam. Maybe next time!  Oh and the title (and most of the story) definitely relies on puns. I thought the idea of a Murder of Crows riding public transit would be funny and the rest of the title wrote itself.  Thanks for playing and for the feedback! 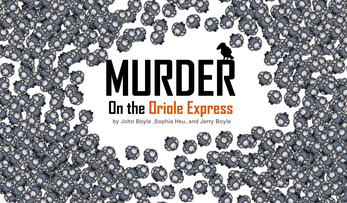 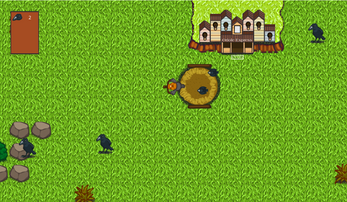